The History of Wearing Black

Black is unique amongst colours, as a lack of colour – a symbol of mystery, of mourning and even of death itself. It is clear we must learn from the writings of men such as Beaudelaire and Wilde, who experienced how is to live in an age when one was surrounded by uniform black. The suffocating state of society being in perpetual mourning is something we would all be best to avoid repeating ever again, for once the disease of wearing black like some uniform catches on it tends to spread like the plague.

Black clothing – what more inspires controversy than this singular subject? The controversy is nothing new, for it has continued in some form of other for centuries. What is the real meaning of black in men’s dress history? And what does a sociological study of that history reveal to us? I think one will find that the whole controversy surrounding the black lounge suit is revealed to us if we delve deep into the psycho-social web of meaning of black in men’s dress. Roman mourners wore black – as did the ancient Greeks.

Since ancient times it symbolised death and mourning. Black was first widely adopted by the Eastern Orthodox Church and only much later by the Western Church. Outside of the Church few wore black through most of the Middle Ages although lepers were required to do so by decree. None of the pilgrims in Chaucer’s Canterbury Tales wear black. The first major use of black in the West was by Philip the Good, Duke of Burgundy in the 15th Century. Like monarchs after him he wore it first as part of mourning for his murdered father but then continued to wear it continuously after the official period of mourning was over. Burgundy was powerful under the reign of Philip and the Burgundian fashion for black spread throughout the courts of Europe. The fifteenth century Burgundian author Jehan Courtois, in Le Blason des couleurs, describes black as sad, the colour of the earth and of melancholy, and the most humble colour there is. For this reason, he explains, it is worn by mourners and by monks but, nonetheless, he sees it as dignified in its simplicity. He goes on to complain that, in its excessive popularity, the colour is much abused. The real historical significance is that this is the first time that black is used as a symbol of self-effacing power and sets a historic precedent for the wearing of black whenever an empire reaches the apogee of its power. Black is henceforth the colour of self-effacing might that taps into the very awe and mystery of Death itself. It is probably no coincidence that the Burgundian empire should cloak itself in the colour of death in a period of history in which there arose the Black Death, the Hundred Years War and famines. This was a period in which the very cult of death arose with artwork showing rotting corpses and the victorious Dance of Death trampling asunder the helpless living. Philip and his retinue of thousands cloaked themselves entirely in black, and carryied black standards seven yards long. The colour black played a powerful role in the macabre visions of the Burgundian artist, Hieronymous Bosch who was much admired by Philip. At the peak of its imperial powers, the wearing of black became ubiquitous in Venice of the 16th century. All men of wealth and power – merchants in particular – adopted black garb. Venetians were noted by one Milanese visitor to be dressed ‘like Doctors of Law’ suggesting that the adoption of black academic dress had become universal by this stage.

This is in stark contrast to the Doctor of Physic in Chaucer’s Canterbury Tales who we are told is clad in ‘sangwyn’ – a blood-red colour. Amongst the merchant middle classes, black had become a uniform of the upward mobile middle classes, who wanted to display their solemnity, piety and above all appear powerful but while avoiding immodest displays of nouveau riche gaudiness. Black became more widely available only after the discovery in Mexico by the Spanish of Indian logwood in the 16th century. The process of dying fabric black was still arduous and expensive. Only the wealthy elite could afford it. Of all of the empires that chose to clad themselves in the colour of piety and death at the peak of their influence, the Spanish did so to a degree that they became intimately associated with the colour: Spanish black it was called. Spain chose to do so at the precisely the point it became the most powerful empire in the world, spanning Europe and the New World. In a famous portrait by Titian, Charles V – a descendent of Burgundian aristocracy – is dressed in black. In a portrait by Velazquez, Philip IV also wears the same Spanish black. As in the age of the Burgundian Empire, it is little surprise that black should reign supreme at the time of the Counter-Reformation, the cruelty of the Inquisition, and the spreading of smallpox into the native Indian population by the Conquistador. Black seemed the perfect colour for the expression of a religious fanaticism, fuelled by a ruthless hunger for power, which demanded a pious and self-effacing submission to its absolute will. At a similar same time around the 1560s, Tsar Ivan the Terrible of Russian formed the Oprichnina and his personal body guards, the Oprichniki, who both wore all-black uniforms and rode black horses bearing the hound’s head emblem on their saddles. With their pious allegiance unto death to Ivan, they terrorised Russia with their orgies of murder, rape and torture. Black was also widely adopted by Protestants as the colour of aestheticism and piety. Martin Luther always wore black throughout his life. It seemed to suit the spirit of Lutherism and subsequently of Calvinism with their notions such as of the total depravity of a humanity, destined to suffering on a petty earth, relieved only by the joy of death granted only by God – a Deliverance a human act may not hasten, however pitiful human existence might be. It is little surprising that in the Golden Age of the Dutch Empire, black was widely adopted by this Protestant land, as can be seen in many paintings by 17th century Dutch masters such as Rembrandt.
This adoption of a pious, self-effacing black by Protestantism was to reach its own apogee in the British Empire of the 19th Century. Precisely when Britannia ruled the waves under Queen Victoria, she took up the wearing of black. Victoria, like Philip of Burgundy, took to wearing black out of mourning for her husband, Albert and again, like Philip, she continued to wear it long after the official period of mourning was over.
In an age when England dominated men’s fashion, all men in Europe took to wearing black like a uniform. It is Max Weber who noted that in an age of the rise of the Quaker business family, with its severe Puritanism – at the very climax of the Industrial Revolution – that the black, top hatted uniform of the English too reached it apogee. As with the black of Imperial Spain and Venice, the merchant classes avidly adapted the colour. In an age when a gentleman considered it normal to be surrounded by other men in “decent black” (as Dickens described the dress of “cadaverous” faced villain, Uriah Heep in David Copperfield), Baudelaire commented that his age perpetually dressed as if it were at a funeral. He was not the only one to note it, for others such as Gautier, Musset, Maupassant, Charlotte Bronte”, Dickens and Wilde too commented on it. In The Picture of Dorian Gray, Wilde wrote: The costume of the nineteenth century is detestable. It is so sobre, depressing. Sin is the only real colour-element left in modern life It was little surprising when black re-emerged in Fascist Europe. The British and Italian fascists wore black. And above all, the black Death’s-Head and uniform were worn by the elite Waffen SS. Again the colour black and its symbolism emerged in an empire at the peak of its power, an empire which demands a pious, selfless devotion to it, of a fanatical, almost religious intensity. Since the war, black has been the colour of choice of young subcultures. It has become beloved of punks, Goths, bikies as well as black leather jacket clad Hollywood 1950s tough guys such as Marlon Brando.
Japanese designers spearheaded the emergence of black in the 1980s as a favourite colour of the couture houses at the time. It is little surprising, given how black lounge suits are worn today like uniforms by Japanese salarymen, in the same manner as they were once worn by Victorian industrialists: the uniform of an economic empire at its apogee, a symbol of dutiful self-effacement and yet simultaneously of power. Subsequently, black has remained a staple of European couture houses and their imitators, with their billion dollar fashion empires, mass producing clothes of dubious quality, sold at extortionist prices. It is little surprising that artisans creating high-end classical garments and their clients usually avoid black the most. The enlightened and dress educated modern gentleman rejects that Calvinist and oppressively pious “decent black” of the Victorian industrialist. For we live in a much more secular age than the Victorian one. It is no surprise that radical Islam demands that women be totally cloaked in black, for its mentality is akin to the Calvinist severities of the Victorian age, so alien to the modern age. 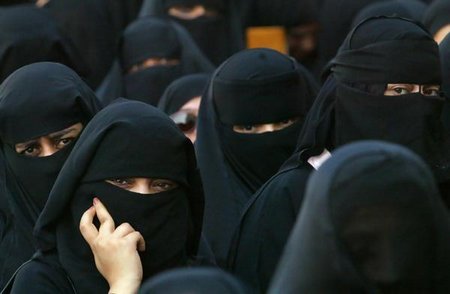 Nor would an enlightened gentleman of our age have any truck with a youth culture which sports the symbols of mass murderers merely for the delight in shocking others – colours being but further symbols. The modern age has gone even further and has retreated from black even in formal dress. The Duke of Windsor preferred midnight blue for his dinner jackets. There is also a tradition of midnight blue even for dress coats. Before oppressive Victorian “decent black” became so widespread, dark blue was a popular colour for coats both for day and evening wear.
White and cream coloured dinner jackets in the mid-20th century are a further step away from the domination by black of formal dress. Beau Brummell is himself known to have approved of black for evening formal dress. He himself is only recorded as wearing a black waistcoat and tight black pantaloons. Generally, he is recorded as preferring ‘dark blue’ coats and once commented to someone dressed in black that he looked like a ‘magpie’. Black worn sparingly can still be powerful as it is mysterious but once abused, it fast begins to look cheap and ugly. It is precisely this ugliness that the couture houses have spawned on a mass scale. The dress educated and enlightened man is best counselled to avoid it.