Jeff Friesen’s photography has gathered worldwide recognition for an unusually diverse collection of work. His awards include the most prestigious in the photography world, including an Award Of Excellence from Communication Arts and a winning image in the PDN Photo Annual. IN 2009 Jeff’s work was among the most repeatedly honored by the International Photography Awards. 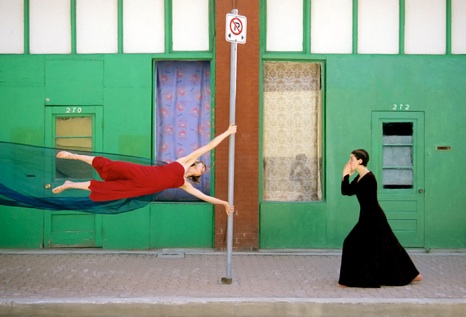 Jeff’s work has been exhibited in the US, Canada, Europe, and Japan. His images have appeared in publications including American Photo, Popular Photography, Photo District News, Canadian Geographic, and National Geographic Adventure. All of Jeff’s series begin life as personal projects, some of which are worked on for several years before being sent into the wider world. A quote by Lucy Maud Montgomery gives a starting place: “It has always seemed to me, ever since early childhood, that, amid all the commonplaces of life, I was very near to a kingdom of ideal beauty. Between it and me hung only a thin veil. I could never draw it quite aside, but sometimes a wind fluttered it and I caught a glimpse of the enchanting realm beyond— only a glimpse—but those glimpses have always made life worth while.”